I’ve lost track of how many times I’ve cried during the Empire State Building scene in Sleepless in Seattle (who hasn’t?). I never actually thought that one day, I’ll be riding the same elevator ride to the top of the same building, hopefully to catch sight of the love of my life. 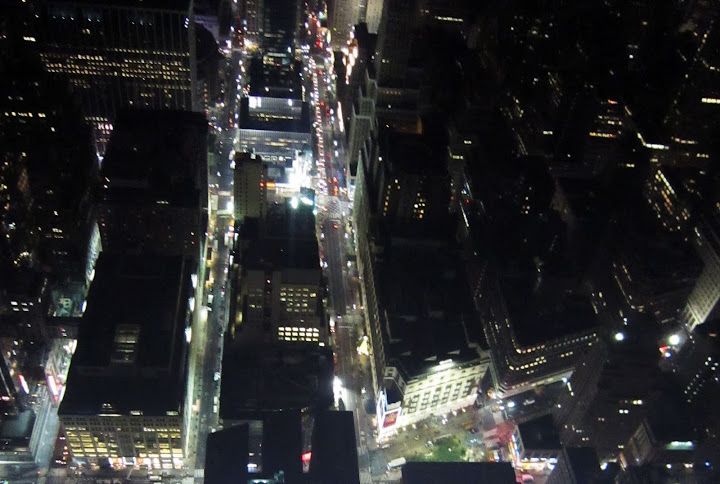 And I did (ride the same elevator, I mean, not see the love of my life). The sight of New York at night 86 floors up did send my heart a-fluttering, though. There’s something hopelessly romantic about seeing the busy city cozy in after dark — its streets riddled with bright studs and cheery neons, glimmering steeples rising out of the ground like upside-down chandeliers, headlights weaving in and out, forming rivers of luminescence. 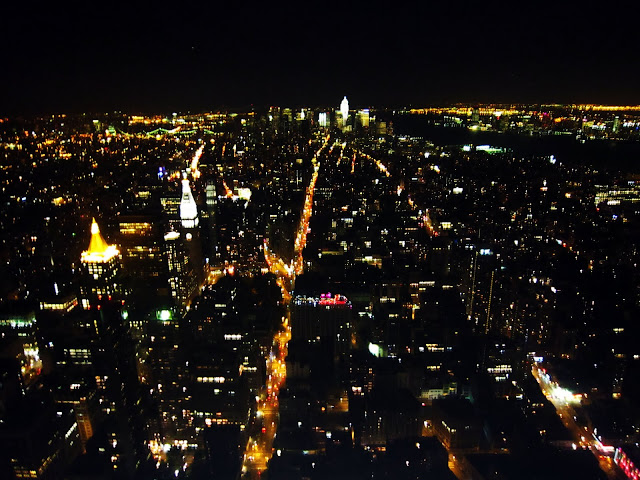 If that isn’t romantic enough for you, throw in the live jazz music they have on the observation deck every Thursday to Saturday night. There’s no wondering where the cliches come from — that night, I witnessed two proposals during our quick visit.

The Rockefeller Centre was the attraction nearest to our hotel, so my sister and I made plans to troop to the Top of the Rock on our first day in the Big Apple.

The bird’s eye view of the city is very different at daybreak — you can see New York rise and wake up to face another day, off to conquer the world with the energy of a world-class runner off to his daily 10k morning jog.

I’m thinking, at that moment, there must be so much caffeine brewing below, enough to jolt and send a rocket from NASA to the moon.

There are more to see at the Rock’s ground level: the equally famous Rockefeller Ice Rink, and not to mention, the NBC Studios. The NBC tour admission was a bit pricey, but there was no way I was leaving NY without seeing the Saturday Night Live studio (be still my heart!). For your 15 minutes of fame, raise your hand quickly when they ask for volunteers near the end of the tour — you can be the resident news anchor for a day, or go as wacky as you want with your weather spiel. (We ought to give more credit to weather newscasters everywhere — it’s harder than it looks!) 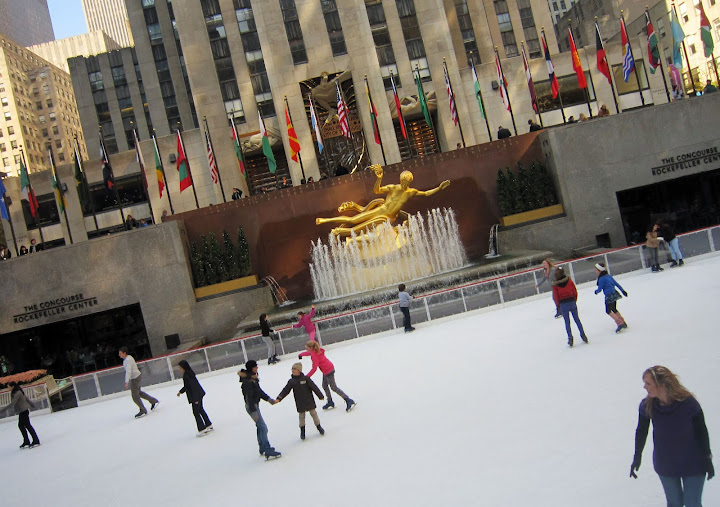 So, night versus day…? 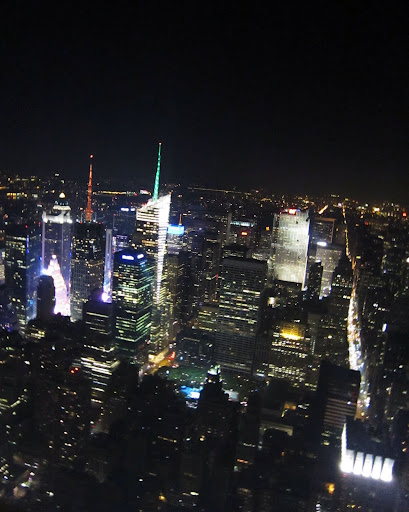 For me, it’s a clear winner — I loved the cityscape at night. There are countless ways to view the Big Apple from the top; for a winning experience, try to catch the sights both at sunrise and at sunset.