If there’s one thing that the guidebooks don’t stress enough about the Summer Palace, it’s the fact that the Summer Palace is huge. No, I mean REALLY huge. Hail to mind what you think is huge, then double that. Then add in a man-made lake in the middle. Yes, it’s that massive.

I’m more hippie-chick than socialite, but if being a member of the Imperial Family meant having a playground that was as breathtaking and serene as this, then sign me up! I can totally imagine myself as that low-profile royal cousin, who does nothing but meander in the summer recluse given whatever season. Let my power-hungry relatives rule the Forbidden City; methinks I’ll stick with my writing and kite-flying near KunMing lake.

My friends and I entered the palace grounds at the North Gate near the Beigongmen subway station. Among the first things we saw was Suzhou Market Street — a strip of shophouses lining up the canal, where servants used to dress up as shopkeepers, so that the emperors can do their ‘pretend-shopping’ for kicks. Where would we be without our quirky and decadent royal families? *sigh*

After a few steps, we found ourselves at the foot of Longevity Hill — and this is where I implore you to don on comfortable shoes (and strong lungs) if you find the chance to explore the Summer Palace. The hill is best taken on at a leisurely pace, as you’ll have more than just a few steep steps to negotiate. But don’t fret — I assure you, the rewards are worth it.

At the top of the hill, my friend KE and I spotted a brightly-hued pagoda, which turned out to be the entrance to the Tower of Buddhist Incense. I was a bit hesitant to pay the extra RMB 10 to get through, but all doubts wore off as soon as we entered the courtyard. Perched on the highest point of the Summer Palace, the tower allows you to soak in a panorama overlooking the lake, the docks, the lawns, and the far-off suburbs, as you congratulate yourself on the best RMB 10 you’ve spent so far. 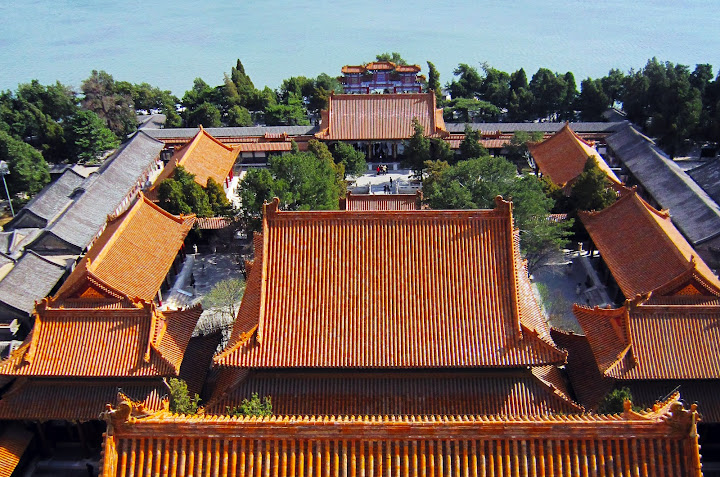 Of course, what goes up must come down. From atop Longevity Hill, the way down to the lake was far from boring. Of course, there were the thousand and so steps one must take, but that means a gazillion eye candies to keep your eyes busy, too: 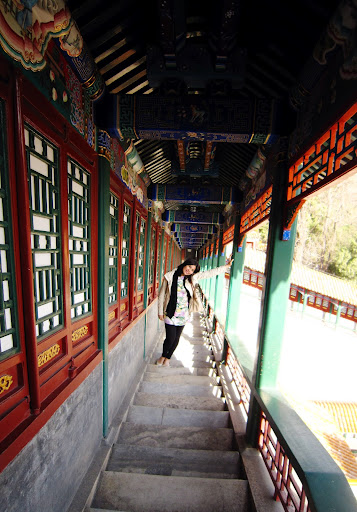 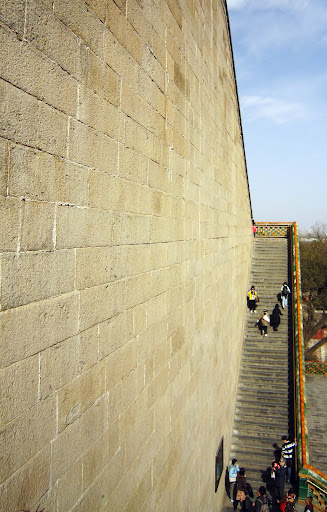 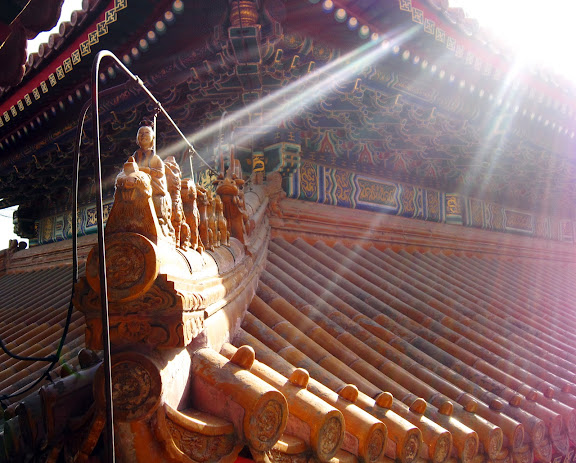 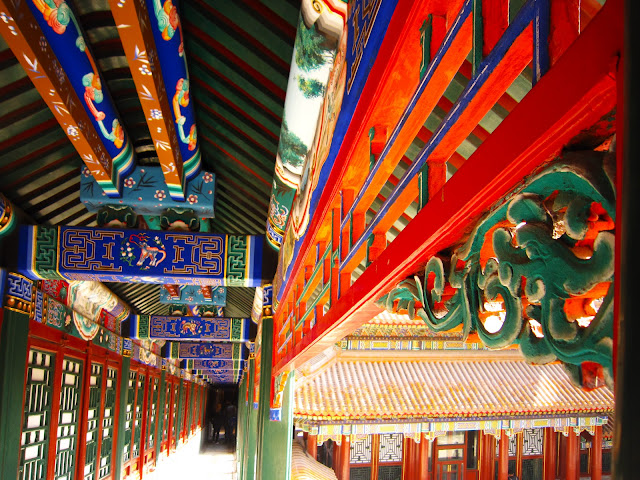 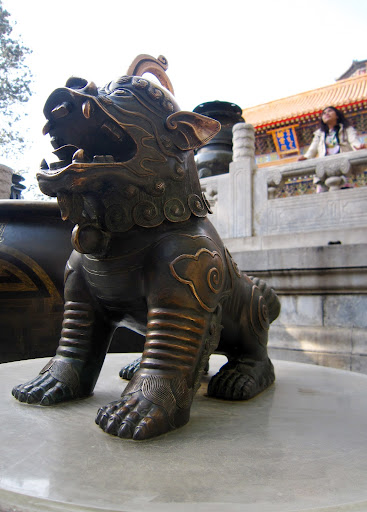 Finally, we made it to the lakeside, where we rejoined the rest of civilization after almost two hours of exploring the temples on the hill almost all by ourselves. Our set time to wander about was trickling down, but there was still one more thing on our hitlist: Empress Cixi’s famed marble boat. After asking for directions, we sprinted to the east, forcing ourselves to bypass the quirky shophouses and temples as we zip by (the agony!), until we caught sight of the literally-white white elephant.

One thing’s for sure — the Summer Palace is not a wham-bam-thank-you-ma’am tourist spot. This is a place wherein you were meant to bide your time, to forget the world and just marvel at the subtle harmonies in nature that combine to give you the perfect picturesque moment. After all, it was built to be a seat of relaxation, albeit a bit of an extravagance just to have a nook wherein you can let your hair down (not that I’m not complaining).

The Summer Palace is one of the sights that bids me to come back to Beijing. It’s been just a week, but I can’t wait to give it another go. Next time, I’d like to to hop on a boat for a whole-new experience of exploring the palace grounds, or perhaps visit the palace in the winter, when the lake’s frozen and stunningly serene. Summer Palace, you’ve won over another fan.

One thought on “The Summer Palace: Why It’s Good to be Royalty”