Along with the thousands of wishing lanterns floating around that day, there was definitely a hint of whimsy in the air. I always knew only good can come out from still watching cartoons — after learning that the floating lanterns scene from Tangled (a movie adaptation of Rapunzel) was inspired from an actual festival in the town of Pingxi in Taiwan, I had my heart set on joining the festivities and having my own wishing lantern soar.

Fate stepped in, and my friends and I found ourselves in what usually must be the sleepy town of Pingxi — if not for the hundreds of tourists who were milled in by the trains for this occasion. The train was an interesting sight in itself too; you could literally stroll by the tracks (in fact, most of the lanterns were released right on the rails) and reach out to give the train a pat in the back for a job well done. 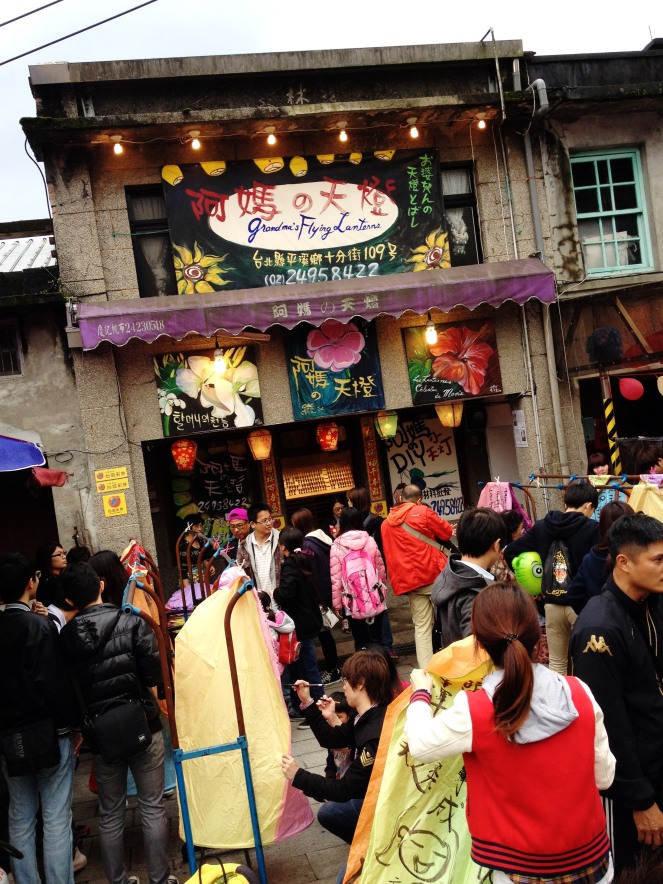 After scoring some world-class calamari just hawked off the street, we walked a bit in search of a good place to get our lanterns. Grandma’s Flying Lanterns certainly looked bustling; we got a multi-colored one for NT 150. The ladies, obviously used to the chaos of the festival, expertly navigated through the crowd and hung the lantern for us on the rack. In no time, we were setting our hearts’ desires down in ink — more adventures, success, love in our lives. Luckily, we already had the ‘good, lasting friends’ down, so no need to worry about that. 🙂 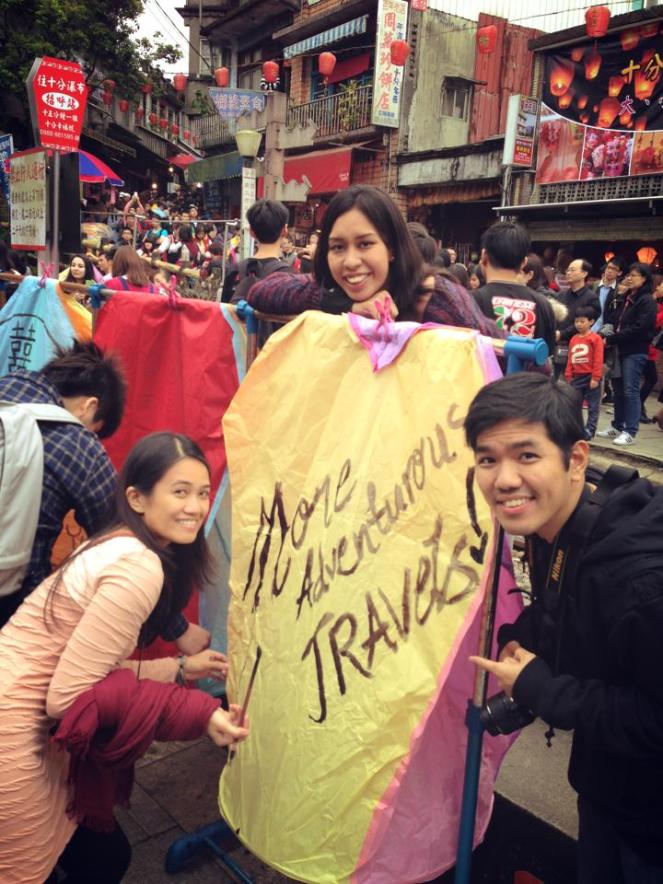 Lanterns floated off one after another throughout the day, maybe one per minute on the average. Basically, once your lantern is ready, someone will guide you to a good spot in the tracks, put some wax paper underneath your lantern and then light them. Initially, you have to hold the lantern very near to the ground for the air to build up inside, before you hold the vessel to chest level (for a quick photo-op, of course), and then when your guide counts down, it’s off to the heavens!

Every now and then, there would be a wayward lantern that would hesitate to soar and instead land on roofs, trees, on electrical posts (!) even, but the locals here had nerves of steel. For the most part, the fire would consume the whole lantern and begone; at other times, the merchants will calmly walk up to the flaming lantern and put the fire out.

After watching our lantern join its brother vessels in the sky, we walked along the tracks in search for the Shifen waterfalls. Just a few minutes away from the revelry, we came upon the more serene side of Pingxi, and it was gorgeous. 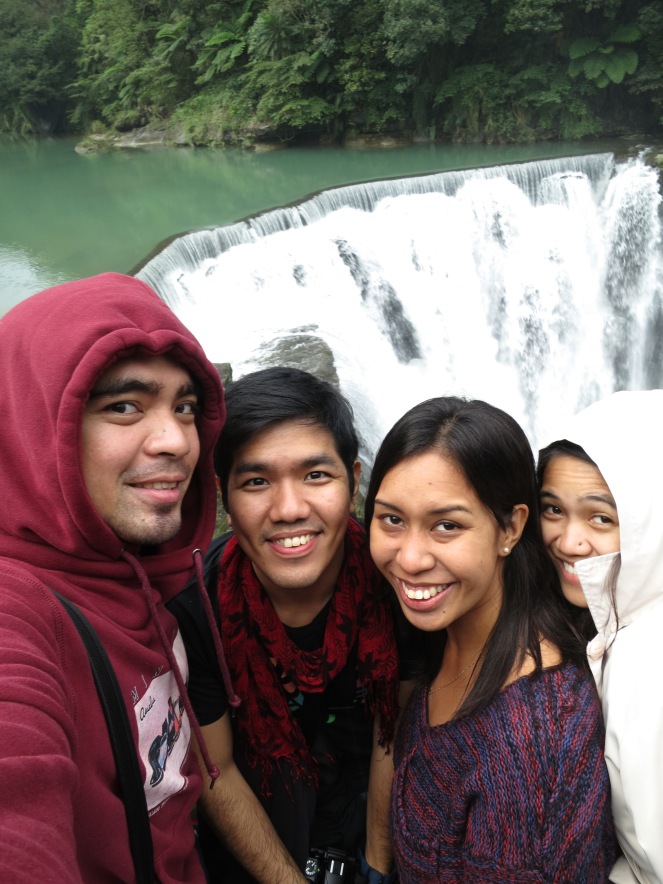 Of course, it was the big shebang at the end of the day that everyone looked forward to. As the stage area was pretty packed, we settled for a nice spot in a distance and had a go at flying another lantern. We were busy watching the other travelers gleefully set off their wishes, then I whipped my head around when I heard a cry. The lanterns were off! About a hundred of them going off at once. The floating lanterns were definitely prettier at night.

The lanterns were being released in waves, with local stars and singers entertaining the well-wishers in between the batches. When some of the crowd were already heading home, we took the opportunity to squeeze in near the stage area. The stubbed toes and sharp elbows were worth it, as we got the chance to witness something near to magical:

Isn’t it great that instead of just whispering your heart’s desires to the wind, you can actually write them on colorful vessels and watch them float to the heavens? Not only that, but you also get to share this dazzling moment with fellow awe-struck strangers, and if you’re lucky, some of your best friends in the world. Pingxi, I must say, this is mighty fine idea. Even if just for a day, thanks for making a fairy tale come true.

How to Get to Pingxi:
Travel by rail in Taipei is remarkably efficient. You can catch the train from Taipei Main to Ruifang, then alight to transfer on the Pingxi line, where you can ride from Ruifang to Shifen station. An unlimited day pass on the Pingxi line costs around NT 54 (~USD 1.8). For more info on the train schedules and prices, you can check out the timetable at the Taiwan Railways Administration site.

One thought on “Floating Wishes at Pingxi”