In terms of tourism, Germany is much like its treasured National Mannschaft — you can’t pinpoint just one star football player, exactly because the greatness lies instead on each individually high-functioning member (or cities, in this case). Berlin has its Film Festival, Munich its Oktoberfest, Hamburg its Elbphilharmonie, and so on.

Dresden is probably one of the most-underrated European cities. I would boldly say its the prettiest German city I’ve ever seen so far. During my maiden visit to the East, Dresden’s elaborately-decked palace grounds, wistful Altstadt (Old Town) and ever-graceful Elbe did not fail to make the cross-country drive oh-so-worth it.

The cherry on top was that I was got to finally meet up with an old friend, Annie, who relocated from Singapore to Dresden. Her charming husband, Richard, obliged us with an impressively prepared tour of the Altstadt, along with their unbelievably cute kiddo, Matilda.

If there’s one takeaway from Richard’s impromptu history lesson, it was that Dresden’s Man of the Hour was, and forever will be, Augustus der Stark (Augustus the Strong). Almost every impressive thing about Dresden’s Old Town has its roots from their former monarch. Another cool trivia Richard divulged was that Dresden has the distinction of being one of the only 2 cities in the world so far that have LOST a UNESCO heritage site status. Hey, any publicity is good publicity, right? 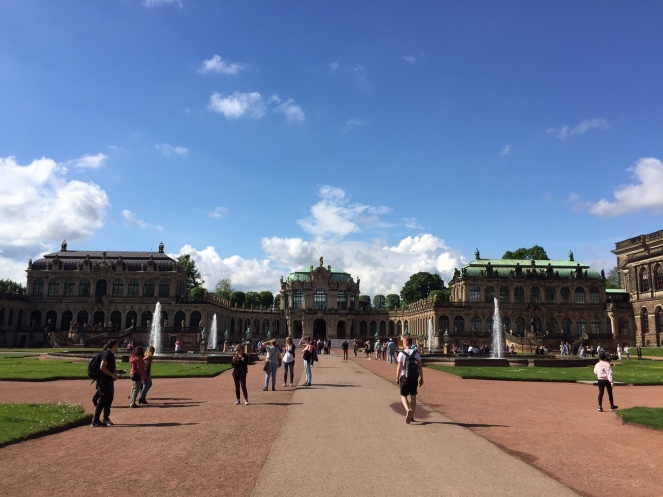 Egged on by the good weather, we explored the Altstadt by foot, crossing from the Semper Opera House, to Dresden’s imposing “Procession of Princes” mural, to the flea market by the old jousting site. I loved going through the lush gardens by the Zwinger Palace; it was an indulgent breath of life and greenery at the heart of the city. 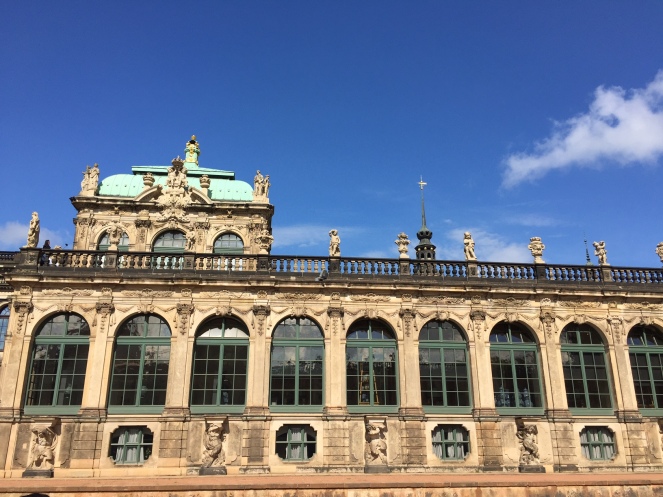 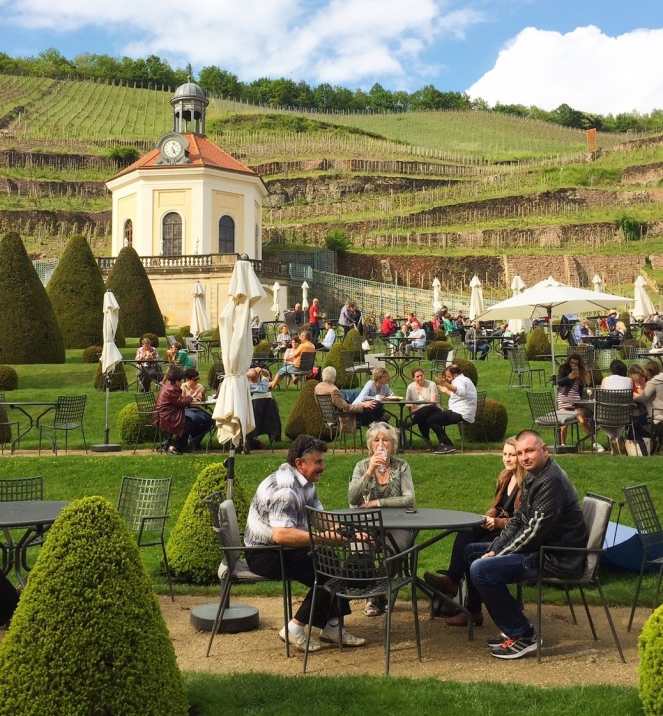 The day was far from over, as Annie and Richard shared another of Dresden’s fine secrets: the wine tour over at Schloss Wackerbarth. The picturesque view of the rippling hills, as you sip bubbly from the garden right across the white-lacquered ancestral home, spelled old-world opulence.

For the rest of our visit to Saxony, we stayed at Aktiv Sporthotel in Pirna, a short 15-minute drive from Dresden. Now, the “sport hotel” concept is a bit new to me, but I’m glad we stumbled across it. It’s sort of like an overnight stay at the country club — you can whisk yourself off to the badminton, tennis, or table tennis courts at the drop of a hat, or you can linger in your hotel room for as long as you want. Think of it as a sporty vacation for the lazy people who hate to lug around sports clothes and gear everywhere (which was perfect for us). The thermal spa right next door is also another persuasive reason to stay. But what if I also need something cultural or German-ish to do, you ask? Don’t fret — you only have to literally cross the street over to the DDR Museum, with its glorious collection of Trabis and other curiosities, to feed your culture pangs. I believe Pirna has thought of everything. 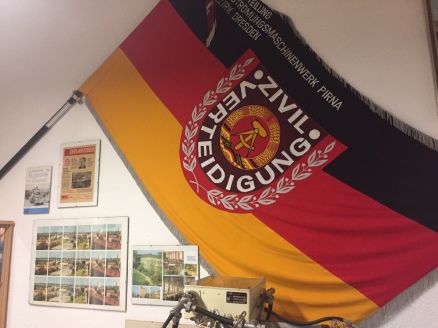 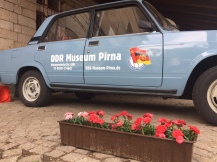 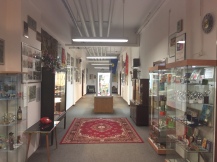 History and curiosities galore in the DDR Museum

If you’d rather learn history outdoors than in a museum, Saxony still has the answer for you! Not too far off is Bastei, a glorious testament to German hardiness and love of nature. For most of our trip, our itinerary has been improvised, and I would say that this last-minute visit to Bastei is the highlight. Bastei is generous with easy forest trails and lush canopy, and the sights overflow: from the bird’s eye view of the easy-going Elbe, to the countless rugged sandstone rock formations, to the imposing Neurathen Castle fortress upon the rocks.

We’ve covered such a tiny part of Saxony, but our short trip sure packed a wallop, delivering one great experience after another. Dresden may not be the first city that comes to mind when one thinks of Germany, but it’s the silent superstar you can’t believe your eyes missed. We’ve barely left the city, and we’ve already got our hearts set to return in December to visit its grandiose Medieval Christmas Market! If you only have time to see one city from the whole of Germany, Dresden might be it.