This was not the way I pictured my adventure would start.

Imagine me there, all smiles as I walked into the arrival hall of Heathrow Airport, armed with the most luggage I’ve ever had to carry in my entire 26 years — then I realize the hotel cab was nowhere to be found. No signboards with my name, not even a signboard of the hotel. Que horror.

After a 30-minute scare, I spotted the driver, who was late coming from a previous stint. I was a bit peeved, but the first ride venturing into London proper was enough to distract me.  For one thing, it was already 8:30 pm, but the sun way still way up. I’ve never seen that happen before!

I had no idea what to take a picture of first — everything was so… different. The houses looked like they stood there for decades; it was as if each brick had a story to tell.  Cottage houses were actually as quaint as they are on postcards. The statues that dot the city really did draw stares. I actually just gave up taking pictures and simply enjoyed the view during the ride.

I arrived at the hotel and got greeted by Jen, along with her friends Fidel, Pao and Lem; the four came to be my guardian angels in London. Jen and I hung out in the same group as kiddos in Green Park Village in Pasig, so of course, our first stop was a photo op at the Green Park tube station!

They were such good sports to put up with a giddy-promdi tourist like me (I know, it’s the worst combo).  We pretty much spent the whole weekend soaking up the sights in the city. I made them do the whole touristy-open-top-bus thing with me to see Buckingham Palace, the London Eye, Big Ben, as well as other tourist traps along the River Thames. 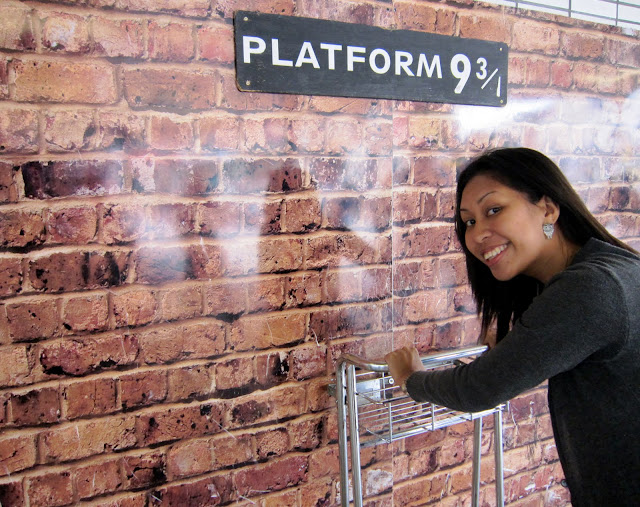 Once Sunday afternoon came around though, they had to leave for Essex, so I spent my time meandering around Westminter and Soho. Walking through the streets of London, honestly, feels like walking through a different time. At times, it even feels like walking straight through a fairy tale. Or a Charles Dickens novel. I must say, they have a taste for the offbeat and the eclectic; it was as if everything had to scream personality or else they burst.

One other thing that popped out that I did not expect, was the number of odd car sightings I had. Pink stretch limos, old school Volkswagen vans, green mini cars — again, personality or bust. 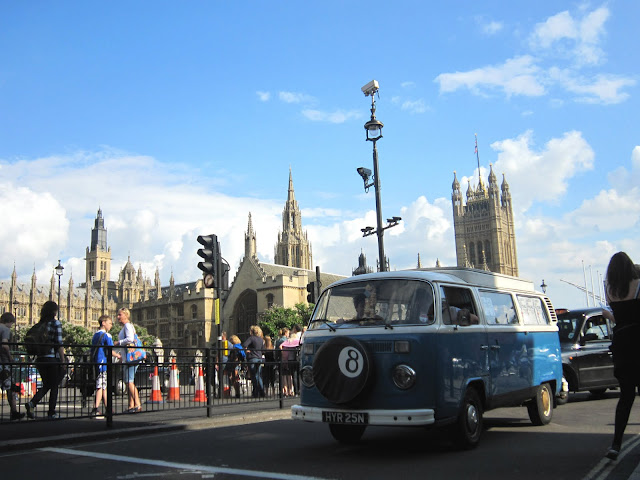 TIP: A great and cheap way to get down & dirty with London & its juicy history is to take a walking tour. The pub crawls are the best — you can’t go wrong with good stories plus some booze! I took a London Walks tour around Soho and the awesome anecdotes I heard were worth every pence. A group of German teachers were nice enough to adopt me as part of their gang during the walk; my, my, my — do they know their beer! They taught me the differences between ciders, ales and lagers. I must say, London is really growing on me.